The Next Big Thing Blog Hop

I've been tagged in a blog hop. Imagining bunnies with paint ball splats, hopping across your screen? Yeah, me too but apparently that's nothing to do with a blog hop at all.

Last week I was tagged by Catriona Crehan. You can check out her blog here http://www.catrionacrehan.blogspot.com/ She has a new book coming out on May 1st called The Color Keepers.

So on to the questions.

1. What is the working title of your book?

Limbo. But I'm sure it will change or at least morph itself into something else along the way.

2. Where did the idea come from for the book?

Usually the ideas just pop into my head. I think they come from the great big story bank in the sky.

3. What genre does your book come under?

Good question. Because I start with an idea and run with it, I never really know what genre the book will fit in until it's finished. But if I had to guess, at this point I'd say New Adult Dark Fantasy.

4. What actors would you choose to play your characters in a movie rendition?

I'm really bad at imagining people playing my characters, probably because I'm still learning about them as I write. However, if I had to choose I'd say that Robert Downy Jr should play all the characters because he's awesome and has clearly shown us he knows how to rock a dress so the female parts shouldn't be a problem! 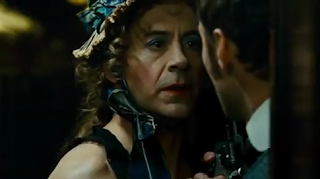 5. What is the one sentence synopsis of your book?

Ash expects to jump to her death but when she ends up in Limbo she's forced to make a choice; become the leader they've been waiting for or save herself.

6. Is your book self published, independently published or represented by an agency?

7. How long did it take you to write the first draft of your manuscript?

It's not finished yet. I'm about half way through and I'd say I've spent about two weeks on it.

8. What other books would you compare this story to in your genre?

As I don't like to read books similar to mine when I'm writing, I couldn't say. But if Hugh Howey's Wool and the movie Constantine had a baby, this would be it.

9. Who or what inspired you to write this book?

I don't question the how or why. I just let it unfold naturally!

10. What else about the book might pique a readers interest?

Well they'll be sex and death and weird mutant Limbo creatures. Plus a pretty and/or gross looking cover! But basically anyone who's ever wondered what might happen when you die should read this book. And if you've never wondered something as macabre as that, then you probably shouldn't be reading my books anyway!

So that's a wrap. This was just as painful as I thought it would be and I hope I never get tagged again but now that I've said that I'm sure I'll be tagged about a million more times! I'm supposed to tag five new victims ... I mean volunteers but since everyone who's ever written a blog has been tagged already I only have one person. Check out their blog next Thursday to read all about their next big thing!

Claire Svendsen
Author. If you like dark and twisty things, you should check out my books!